A five-story office building will soon rise at a 0.6-acre assembly of lots at the northeast corner of West Seventh and Rio Grande Streets in downtown Austin. The site, comprised of two lots at 701 Rio Grande Street and one lot at 602 West Seventh Street, is owned entirely by entities associated with local developer Diana Zuniga, founder of real estate firm Investors Alliance.

These addresses are directly north of the Seven apartment tower, which is actually tall enough to almost completely blot out the new building’s location on our map:

Zuniga and her company were one of the developers of the 42-story downtown Austin condo tower Spring located at 300 Bowie Street, not too far from the site of this new project. In fact, like Spring, Zuniga’s anticipated development at this site was originally described as a multifamily building, but plans appear to have changed — the building now headed to this location will bring 115,000 rentable square feet of office space to the downtown market, according to its promotional documents.

In addition to Zuniga, Jason Berkowitz, a former Investors Alliance broker and founder of local property management company Roscoe Properties, is a partner on the development. Commercial real estate outfit JLL appears to be marketing the building, with construction work from Hensel Phelps and design by local firms Barnes Gromatzky Kosarek Architects and PDR.

The two tracts assembled for the building are both currently occupied by low-rise commercial structures, with a single-story multi-suite office property at 701 Rio Grande Street and another small office building at 602 West Seventh Street. Until recently, the West Seventh Street office structure appears to have been occupied by the corporate offices of Roscoe Properties, which has since relocated. A rendering of the rooftop terrace space at the 701 Rio office building. Image: JLL

The new building, which goes by 701 Rio in some documents, will include the various amenities expected of a modern office development — a fitness center, bike storage, showers, a rooftop terrace, and 10 balcony spaces with suite access. Promotional documents for the building also describe more than 7,000 square feet of potential retail space on the ground floor, and 296 underground parking spaces. A rendering of the lobby at the 701 Rio office building. Image: JLL

A couple of years back, we had slightly different expectations for this site. Zuniga successfully sought a rezoning for both tracts of this assembly at the May 24, 2016 meeting of the City of Austin’s Planning Commission, from General Office (GO) to Downtown Mixed-Use – Conditional Overlay (DMU-CO).

DMU zoning alone would typically limit the height of a building to 120 feet, but the added conditional overlay restricts height to 60 feet. (In fact, DMU-CO zoning is often called “DMU-60” due to this height limit.) At the time, Zuniga received the unanimous approval of the Old Austin Neighborhood Association, where she currently serves on the board of directors — but the version of the project the association signed off on was then described as a 100-unit multifamily development. OANA’s 2016 letter to the Planning Commission in support of the residential iteration of the 701 Rio project. Image: City of Austin

Zuniga and Berkowitz did not respond to inquiries about this new office iteration of the project, but Rachel Coulter, a senior vice president at JLL, provided a statement regarding the change in identity from the building plan described during the 2016 rezoning consideration.

“We confirmed the investor’s assessment – that there was sufficient demand in the market to break ground on a cutting-edge office property of this size,” she said. “701 Rio’s location, nearby and onsite amenities, visibility and accessibility will make it one of the most attractive office environments for growing firms in Austin or corporate users interested relocating to our city.”

Ted Siff, OANA’s board president, says that although the board hasn’t yet been asked to take a formal position on the new iteration of the project, they’ve been kept in the loop on what’s planned, and understand that this design still respects the height limit and other restrictions of the DMU-CO zoning.

Even though its neighbors include the 263-foot Seven apartment tower and a 235-foot Wyndham Austin resort property, the location of the 701 Rio building is just outside the border of downtown’s Density Bonus Area, which would allow it to seek further entitlements by meeting the city’s various gatekeeper requirements. Here’s a closer look at the development’s location on a map of the Density Bonus Area, which shows the large chunk of the western end of downtown that’s been left out — it kind of looks like those maps of gerrymandered congressional districts: A map of downtown Austin’s Density Bonus Area, with the site of the office development at 701 Rio Grande Street highlighted. Click for a larger view. Image: City of Austin / James Rambin

According to recent promotional documents, demolition is scheduled at the site by April 2019, with excavation kicking off a month later. If all goes well, the new building is expected to be ready for tenant occupancy by October 2020. 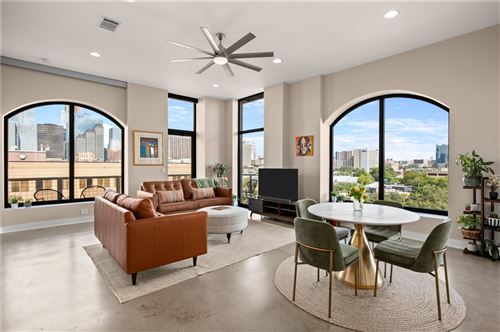 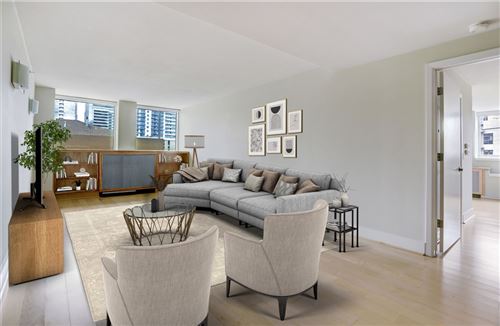 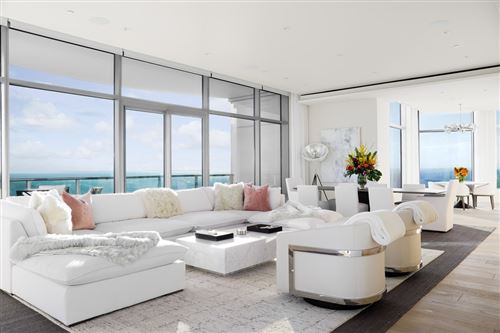 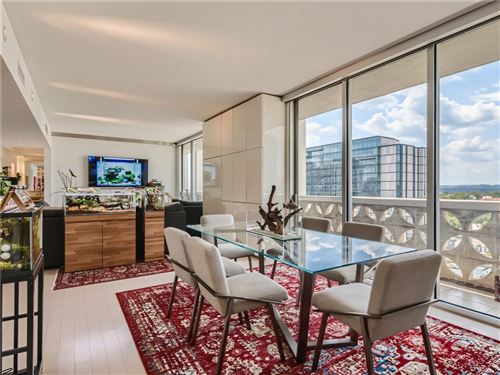 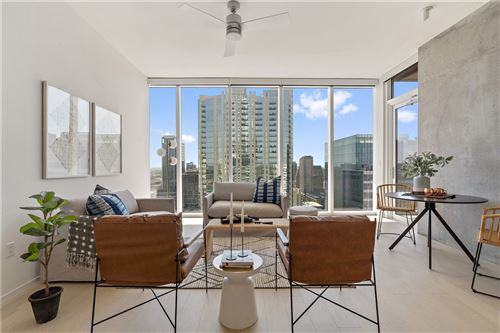