Search
You are here: Home / News / A Three-Story Bar Is Business as Usual on Sixth Street, and That’s Too Bad
Search suggestions: condos for sale • rainey street The longtime “Dirty Sixth” watering hole Maggie Mae’s, which has slowly grown in stature at 323 East Sixth Street since its opening in 1978, now sports seven different bars on two levels over thousands of square feet technically spanning three buildings — and now it’s growing upward. That’s at least the case presented earlier this week to the City of Austin’s Historic Landmark Commission, with plans from architect Ronn Basquette showing a two-story addition that would rise above the bar’s current rooftop terrace, providing more space including a “private club” on the top floor. All three buildings housing the bar are contributing properties to the Sixth Street Historic District, but none are landmarks themselves, so the project doesn’t need to seek a certificate of appropriateness — but the Commission still elected to postpone the item until its next meeting, encouraging the bar’s owner and architect to tweak the addition’s design and make it less prominent from the street.

That’s all fairly predictable stuff — we’ve often noted that we don’t always agree with the Commission’s perspective on preservation as it relates to adaptive reuse of historic buildings and the associated harm to historic character it supposedly inflicts — but what really caught our attention wasn’t the plan for Maggie Mae’s itself, but the historic photo of the bar as it looked back in 1979 included in the presentation:

Circa 1979, from left to right, you’ve got a thrift store, Maggie Mae’s, a furniture store, and a cafe. Image: Austin History Center

What’s great about this photo is how it reminds us that this stretch of Sixth Street wasn’t always the way we know it today — a sort of Bourbon Street-lite of forgettable shot bars and tourist traps, seemingly designed to give visitors a perception of the downtown area and Austin itself that is remarkably and sometimes even violently opposed to the character of the rest of the city.

Though the original number of diverse local businesses here declined when the district lost its luster as downtown’s shopping hub after World War II, the seedy Sixth Street of roughly the 1950s through the 1980s was still more reflective of Austin’s culture than its current state, sporting ample restaurants, live music venues, and an assortment of retail stores that kept its crowds more varied in their intent than the current lineup. The rising dominance of bars in this district was the fear of preservation advocates in the 1970s, with members of the East Sixth Street Conservation Association hoping that the growth of nightlife in the area was simply the first step towards bringing in other cultural anchors and even residences — a concept nearly unimaginable in the present day, though certainly possible. A 1976 Austin American-Statesman article on preservation efforts for Sixth Street, including the concern from advocates that its bars would become the dominant use of the area. Image: Austin History Center

It’s not that the street didn’t have a reputation for tourists or public intoxication — as you would expect from any downtown entertainment district — but Sixth Street’s current state, its homogenous bars owned mostly by a few individuals with a vested economic interest in keeping the area exactly as it is today, doesn’t present much room for change. The stock of historic buildings found on this stretch, one of the densest in the city, remains largely restricted in growth due to its historic overlay — other than efforts to pack more people into its bars, of course.

If it weren’t for the Alamo Ritz, Parkside, or Easy Tiger, we’d have very few reasons to visit, a strange thing to say about the center of downtown — and as we watch other Austin entertainment districts like Rainey Street, West Sixth Street, and East Austin’s own stretch of Sixth Street receive diverse growth in the form of hotels, residences, office spaces, and other amenities alongside their bars, you start to wonder if Dirty Sixth is perhaps the only area of Austin that actually deserves to be gentrified. Retail stores in the 200 block of East Sixth Street in 1956. Traces of these businesses still exist, including the sign for Grove Drug, but these buildings are mostly occupied by bars in 2020. Image: Austin History Center

A few projects here and there could slowly chip away at this reputation for mediocrity, but it’s unclear exactly how we might work to bring Sixth Street into the future alongside the progress of its downtown surroundings. It’s just nice to occasionally remind ourselves that things weren’t always this way around here — Sixth Street has undergone quite a few transformations since the city’s founding, and we happen to think Austin’s long overdue for a new one. 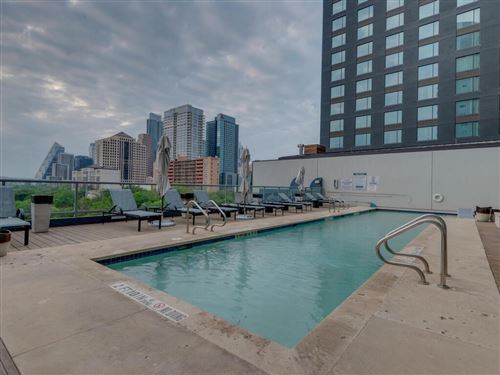 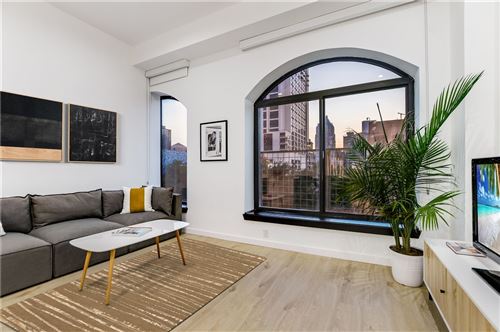 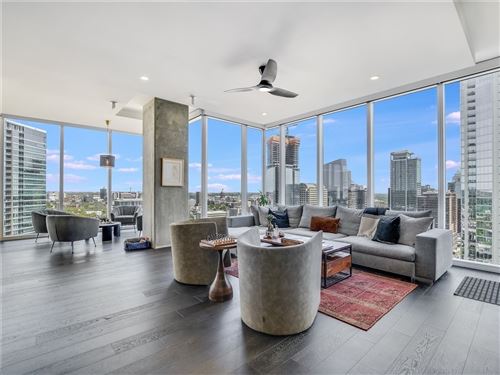 With Offices on the Way, a Historic East Sixth Street Building Earns Its Face-Lift