In 2010, an architectural report prepared for Austin’s Parks and Recreation Department declared the facility housing the city’s Dougherty Arts Center had aged beyond its useful life — in fact, the much-loved community theater and gallery space near Butler Park at 1110 Barton Springs Road was “beyond repair,” according to the parks department’s own summary of the study’s findings. Judging by a handful of interior and exterior photographs found in the city’s documents on the center, it’s safe to say existing conditions are not great: Now, nearly a decade later, plans by the parks department to replace the center with a relocated facility atop a portion of the nearby city parkland at Butler Shores have finally taken shape, thanks in part to a successful 2018 bond proposition dedicating $25 million towards the project’s realization.

Late last month, the parks department delivered a presentation with representatives of its partners on this stage of the development — planning firm RVi and local architects Studio8 — to the city’s Design Commission, outlining a more detailed vision for the center’s move. Further presentations to the Parks Board, the Planning Commission, and the Arts Commission are scheduled for later this month, and the item should then head to City Council at its May 9 meeting — but don’t you wanna take a look at it now? Of course you do! A map of the current conceptual development scenario for the center’s replacement and surrounding parkland improvement at Butler Shores, which the parks department refined during its preliminary community engagement process last year and presented to the Design Commission last week. Click for a larger view. Image: City of Austin Parks and Recreation Department / RVi / Studio8

The plan almost immediately demonstrates the utility of moving the facility from its current site to the Butler Shores tract, which is less than a half-mile away across South Lamar Boulevard. This location, accessed from Toomey Road and a slightly-extended West Riverside Drive, is next door to the existing Zach Theater complex — creating what the department calls “an emerging arts district on the South Central Waterfront,” with benefits including opportunities for collaborative programming and shared parking for both facilities in a new two-level structure situated right between them.

An illustration looking at the new Dougherty Arts Center building from the western side, with its various uses highlighted. The image also includes the heights of both the current center and apartments near the Butler Shores site for context. Click for a larger view. Image: City of Austin Parks and Recreation Department / RVi / Studio8

The center’s theatre, gallery, and educational uses would all share the approximately 40,000-square-foot building at the heart of the site — each having a distinct entry point on different sides of the building, to better distinguish them from one another — along with extensive programmed outdoor space on the western half of the tract. As seen from the perspective of Toomey Road in the illustration below, a “community living room” area created by a setback at the southern frontage of the new structure would serve as its main entry point:

“[The Dougherty Arts Center] has waited its turn, and it’s worthy of an architectural character that speaks more to its mission than the current facility.”

A transit map also prepared by the department, which shows both the center’s current and prospective new location, gives us a better idea of the existing context of the Butler Shores site — including its seemingly ideal orientation along major transit corridors and direct trail connections: The development would remove two of the AISD ballfields currently located on this parkland, but keeps the fields located on the far left of the site — if you recall, the controversial (and ultimately abandoned) proposal to build a professional soccer stadium at Butler Shores didn’t preserve any of them.

It’s unclear if the new plan will receive any pushback for its own transformation of city parkland, but the fact that little league baseball will still have a place to play at Butler Shores after its completion ought to considerably soften the blow. (The more obvious fact that this project isn’t giving parkland away to a private development likely won’t hurt its public perception either.)

The plan is still in an early phase, and its representatives weren’t even seeking a recommendation of compliance with city design and sustainability standards at this stage. Even so, the Design Commission voted unanimously to recommend it, and had no major objections — which likely bodes well for its progress at the other commissions reviewing its design later this month. In any case, the parks department says even with the City Council’s approval at the upcoming May meeting, the new center’s completion is likely “4.5 or 5 years away.”

In case you’re wondering why the existing site isn’t being considered for a new center, the department has prepared a very special slide for you: In addition to its age, the current building sits atop both a former landfill and within two FEMA floodplains — 25 and 100-year ones, to be exact — which would place constraints on any new development attempted here, even before considering the additional challenges of the Atlas 14 floodplain regulation changes headed to the city. So what’s going to happen at the old site once the center relocates?

“PARD has not put any specific proposal forward for future use of the DAC site, but given all the challenges with the existing building and constraints of the site, demolition of the facility is a likely outcome. At minimum, that would provide the opportunity to restore portions of the existing site to green space which could support the other functions within Butler Park . . . we did hear support of that general concept from the community during our public engagement phase.”
— Kevin Johnson, Project Manager, City of Austin Parks Department

Keeping in mind that the Alliance Children’s Garden project is on the way just across Dawson Road, there’s a lot of potential for something interesting to happen here — but a new center clearly just ain’t it. While we’re at it, the existing Dougherty building, decrepit as it may be, has a pretty interesting history. Opened as a headquarters and training center for regional U.S. Navy and Marine reservists in 1947, the complex contained offices, classrooms, workshops, and two on-site “shacks” containing radio transmission and radar facilities, all used for military training purposes.

Photo features on the Naval Reserve Training Center in the Austin Statesman newspaper from 1959 (left) and 1961 (right). Click for a larger view. Images: Austin History Center

Photo features on the Naval Reserve Training Center in the Austin Statesman and Austin American newspapers from 1962 (left) and 1964 (right). Click for a larger view. Images: Austin History Center

The family of Chrys Dougherty, a prominent Austin attorney and co-founder of local law firm Graves, Dougherty, Hearon & Moody, purchased the building in 1978 and donated it to the city for use as a community art center named in honor of his late wife, Mary Ireland Graves Dougherty. In the decades since, the center has remained an asset to Austin’s cultural community, offering youth summer camps and art classes along with its frequent gallery showings and theatrical productions for thespians of all ages. I would know — the first time I saw a play there, I was only seven years old! 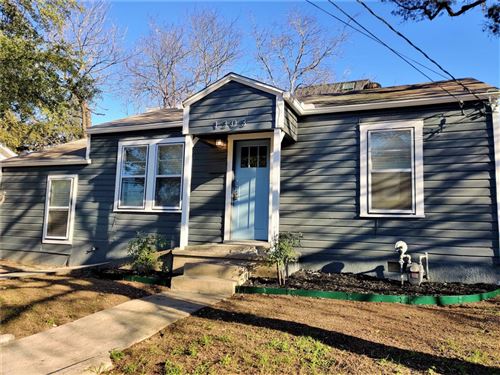 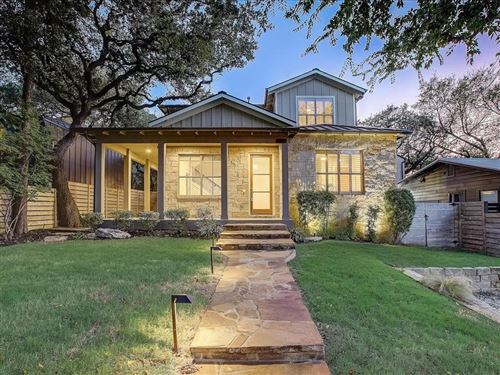 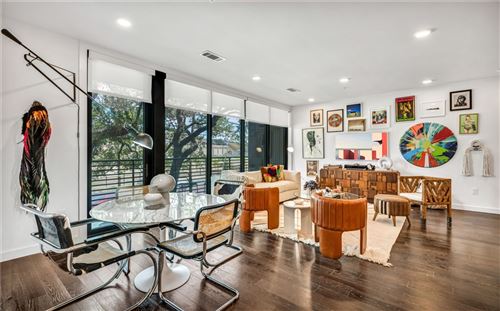 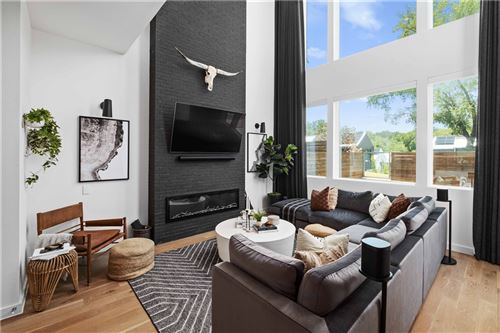 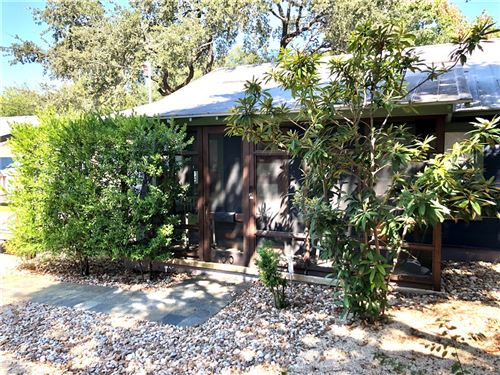 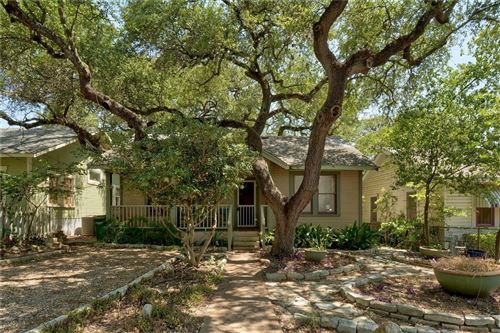 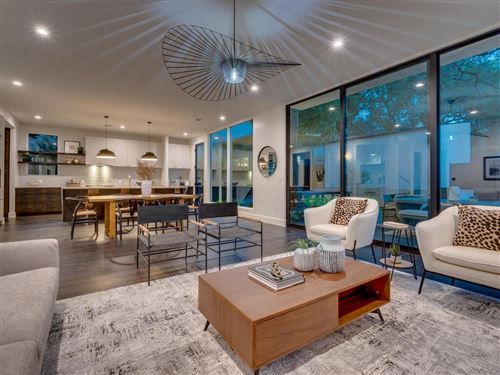 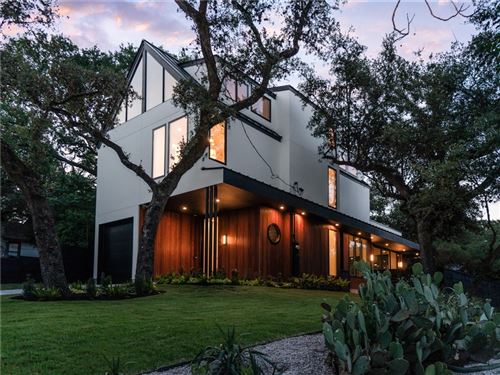 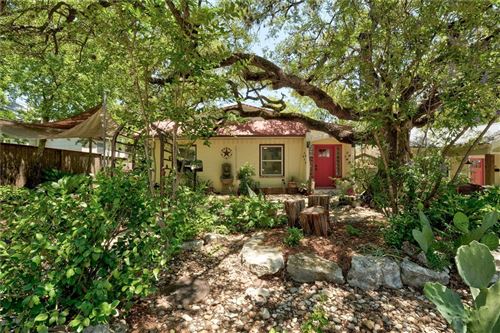 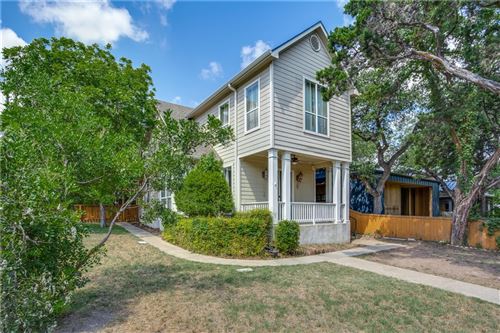 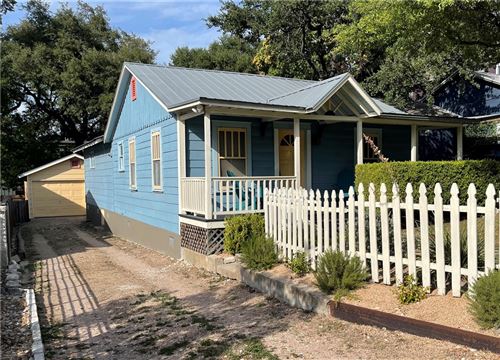