An aerial view of the Convention Center area of downtown Austin with the adjacent blocks expected to be purchased by the city highlighted in red. We’re looking east from this perspective. Image: Bing Maps

Later this month, Austin’s City Council is expected to authorize the first steps of an exclusive negotiation agreement with multiple property owners that would result in the city’s purchase of two full adjacent downtown blocks for the planned expansion of the Austin Convention Center, according to documents prepared by the city’s Office of Real Estate Services and confirmed by city sources connected with the project.

On the consent agenda for Council’s September 17 meeting and expected to be discussed in more detail via executive session before then, the item would authorize “an exclusive negotiating agreement with all necessary parties for acquisition of a real estate interest and improvements” at a two-block assembly bound by East Second Street, San Jacinto Boulevard, East Fourth Street, and Trinity Street, as seen below: According to the city’s recommendation for action on the item, an earnest payment of $6.3 million is available from the Austin Convention Center Department’s 2020-2021 expansion fund — but that’s only a small fraction of the final price, which remains unknown for now. The land isn’t expected to go for cheap, even by downtown standards — the bottom half of the southern block, known as Block 16 in the original downtown Austin plan and currently home to a P.F. Chang’s among other restaurants, was recently announced as the location of a 47-story tower project by the local developers at Manifold Real Estate with design from Gensler Austin, which would raise about 735,000 square feet of high-dollar office and retail space. The site’s owned by an entity associated with longtime Austin real estate figure Sandy Gottesman. A rendering of the Block 16 tower recently announced at part of the site now being sought for purchase by the city. Image: Manifold Real Estate / Gensler Austin

The northern block, known by the number 32 in the original downtown plan, is occupied on its southern half by low-rise commercial uses including event venue the Sunset Room — but its top half is currently home to the eastern side of the Railyard Condos recently purchased for $104 million by Los Angeles investment firm Karlin Real Estate with a massive pair of towers previously marketed as a redevelopment option for the site and its identical twin condo property directly to the west. In addition to Gottesman and Karlin, other owners of the tracts assembled in these two blocks include entities associated with Ironwood Real Estate, World Class Capital Group, and the family trust of late investor William Bremond Houston. With expansion plans for the Convention Center publicly discussed by the city for years and expected to move forward despite the current pandemic, along with a westward direction of growth being one of the most viable options on the table, there’s a good chance it’s more than a coincidence these sky-high tower plans were made public at Block 16 and the eastern Railyard Condos site — pretty good way to establish the resale value of your land before the city comes calling, isn’t it?

This action is the first of a two-step approval process. The exclusive negotiating agreement (ENA) will allow the City, the landowners and developers establish more detailed specifications, including guaranteed maximum pricing for the acquisition and development of westward expansion of the Convention Center space. The transaction will include an estimated 750,000 square feet of convention space and related amenities. The second step of this process is anticipated for the Summer of 2021, with a real estate purchase and sale agreement with accompanying documents.

There are separate items related to this action being brought by the Convention Center for a consultant for work related professional services for technical advising; by the Law Department for legal expenses and outside counsel; and by the Office of Real Estate for a consultant to provide services for the negotiation of the agreements moving forward.

Still, our sources indicate the towers imagined here aren’t necessarily off the table simply because Austin’s buying — it’s just that the property owners involved are getting together to collectively negotiate a better deal with the city. These owners working together to hash out the terms of the city acquisition likely makes it easier for stakeholders to pursue the goals identified in the most recent iteration of Gensler’s master plan for the Convention Center’s expansion that would create a more “vertically integrated” district, including much more than convention space alone — retail, public amenities, transit connectivity, even towers on top:

Block 16’s ownership has been exploring the potential for assembling the remainder of parcels between 2nd and 4th Streets to partner with the City to co-develop a vertically integrated tower/convention center expansion.

As this master plan update nears completion, a partnership has been struck with all land owners between Second Street, Trinity Street, Fourth Street and San Jacinto. This is an important step in moving forward with the West expansion. This seems to imply — and our own sources imply the same — that the towers planned for these tracts could still rise in some form, they’d just be built above an expanded convention space. That seems like great news for everyone hoping to make money off the city’s acquisition of these properties, but also for the rest of us who don’t particularly care for the dead zones created by a convention center’s need to gobble up large spans of prime downtown real estate, all in the pursuit of a district that doesn’t do a whole lot for anyone not currently going to a convention at that exact moment — unless, of course, you’re a recent hurricane evacuee.

Any master-planned effort to spruce up what would otherwise be a pretty boring building by its necessity of massive contiguous empty space is music to our ears, perhaps even literally if someone’s smart enough to include a live music venue in this whole setup to replace the ones our local leaders are currently failing to save — anyway, we’re excited to see what the city and this collective of stakeholders can hammer out in the negotiating process for what we may someday non-ironically call downtown Austin’s Convention Center District. No matter how it turns out, development of the center’s expansion could reportedly start as soon as 2021. 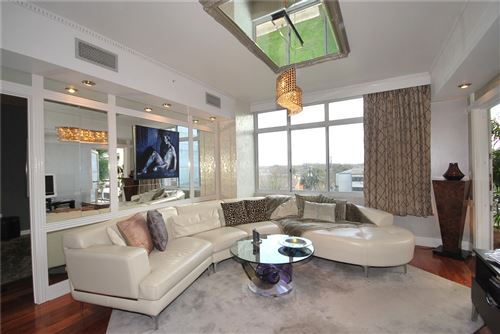 $1,800,000
30
Previous Post: « The Strange, Forgotten Plan for a Floating Casino in Downtown Austin
Next Post: Three Cheers for the Quincy, Topped Out in the Rainey Street District »