This morning, TOWERS took a closer look at Austin Proper, a 32-story hotel and condo tower under construction on the site of the former Green Water Treatment Plant in the 2nd Street District.

We’ll get to some photos from inside the project in a bit, but first, here’s a quick refresher on what’s planned for the building. Austin Proper is an interesting project for a couple of reasons. Its design, with multiple setbacks creating a stair-stepped look, is dictated by the 70 degree grade of Shoal Creek’s eastern bank, which flows directly adjacent to the building on its western side. The first 11 floors are occupied by the building’s 244 hotel rooms, with floors 12 to 33 housing condo units.

Didn’t I say the building was 32 stories tall earlier? That’s correct, since the building lacks a 13th floor. You wouldn’t want to drive away potential buyers suffering from triskaidekaphobia, especially at these rates — the average price per square foot for Austin Proper’s condo units, according to sales associate Bailey Tipps, is an astonishing $902 psf, an outlier even in a city fairly accustomed to pricey downtown condo living. A look at what you might expect from the interior design of a unit at Austin Proper. For best results, please extend a pinky while viewing. Photo courtesy of Austin Proper.

Despite the sticker shock, the building is reported as 57 percent sold at the moment, with prices receiving a 2 to 4 percent bump after each new sale. But what’s the draw for Austin Proper versus all the other condo towers in roughly the same general price range?

For one, the building sports an unusual unit mix compared to other buildings, with 45 percent of the building’s 99 units including 2 or more bedrooms. Compare this to The Independent, which has about 370 units and is already sold out of one-bedrooms. Only time will tell which building nailed the ideal unit mix for the area’s market, but Austin Proper’s generally larger units could be a powerful selling point. The building’s affable sales team leans heavily on the quality of each unit’s fixtures and design, with interiors by Kelly Wearstler and high-end kitchen appliances by German designers Gaggenau Hausgeräte — you won’t have to doubt the craftsmanship of your $10,000 freezer, is all I’m saying.

One last highlight, at least for the MEP wonks concerned with the banality of HVAC in addition to having a few million to throw around, is the building’s independence from the city’s chilled water loop — Austin Proper, due to the increased needs of its hotel component, will have its own system. It wouldn’t be incorrect to say: “other buildings have no chill.” (Goodnight, everybody!)

View studies for the building at different heights. Photo courtesy of Austin Proper.

The building’s neighbors are the 500 West 2nd office tower, also known as “the Google Tower” due to its most prominent tenant, Third & Shoal, which is rumored to have a single office tenant eyeing the entire building, and whatever eventually goes up on Block 185 just south of the building. With all the high-profile businesses moving into the area, unit prices at Austin Proper might make a little more sense if you’re trying to live across the street from your office.

To their credit, the Proper’s backers acknowledge this is the most expensive building in the Austin area — and even though it’s out of reach for most, the best marketing the Proper’s rolled out so far has remained unapologetic regarding the price of their product. Sure, it’s indulgent, but it’s also ambitious — and dammit, that’s what Texas swagger is all about.

Below are some photos from the building’s construction site. Special thanks to Austin Proper for giving TOWERS the very first tour! 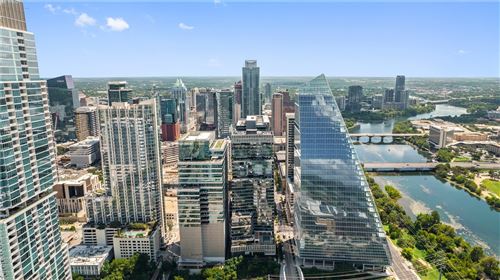 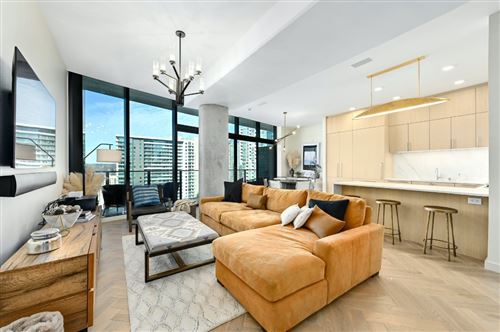