You’ll notice in our prior coverage of Hanover Brazos Street, the 45-floor, 308-unit apartment tower planned by Houston developers the Hanover Company for the southeast corner of East Third and Brazos Streets, there are almost no images including the top of the building. That’s because its architects at Chicago firm SCB were being pretty coy about releasing full views — there’s at least one floating around showing the crown, but the details of its top half were scarce. Until now, that is! We thought for a second that whoever put this image together spelled “Hyatt Place” as “Htatt Pace” because they didn’t want to use someone else’s copyrighted name, but then further down in this article you’ll find a second view that includes the accurately-spelled signage for the JW Marriott — so we don’t know what that’s all about. Image: The Hanover Company / SCB

The big vertical scroller you see above is the money shot from Hanover and SCB’s application for the Downtown Density Bonus Program, to be presented at the next meeting of the City of Austin’s Design Commission on Monday, June 22.

A current street view of the future tower site at the southeast corner of East Third and Brazos Streets.

The project needs to demonstrate compliance with the city’s Urban Design Guidelines, among other things, to achieve its desired height and density — and judging by what we see here, there shouldn’t be any problems securing a recommendation, though we won’t know for sure until Monday. Here’s a few highlights: The schematic image above, giving us a better idea of the building’s use and surroundings, is something we’ve come to expect from the Hanover Company and SCB — a similar image accompanied the density bonus application for the duo’s Hanover Republic Square project across downtown. It’s not as eye-catching as a flashy rendering, but it’s the best way to understand the tower, from parking to square footage to the size of its amenity decks. Speaking of flashy renderings… We knew Hanover’s interest in preserving historic context on its ground floor meant this project might bring us an above-average design, but the tower’s use of materials, best seen in these new illustrations, exceeds our expectations. The building’s proximity to the JW Marriott seems to have encouraged its designers to emulate or at least compliment that structure’s contrast between blue glass and rust-colored metal elements, with the parking structure and crown of the new tower both featuring similar metal accents — you can see the sloping metal bit of the crown, located above its penthouse amenity deck, if you zoom in on the big image from earlier: We don’t know if it’s actually weathering steel or just something resembling it, but it’s a welcome trend and clearly deliberate on the part of its architects. In the application to the Commission, some of the inspirations named for this building’s design include the JW Marriott and Austin City Hall, both including some nice rusted metal elements — it’s kind of the closest thing we have to Austin-style architecture, since our towers aren’t using as much locally-quarried stone these days. You get a better view of the attractively-perforated metal screen of the parking structure in the images below, showing us the building’s street-level frontages. This one really is a looker!

By using materials with local character such as brick and metal cladding along the podium, the project responds to the character of the adjacent warehouse area and captures and retains the spirit of the district as encouraged by the Historic Landmark Commission.

The view of the tower’s street-level retail, most definitely a restaurant, from East Third Street. Image: The Hanover Company / SCB

The tower’s parking garage and its residential lobby both open to Brazos Street. Image: The Hanover Company / SCB

Considering how many residential buildings going up around town feature essentially the same basic design (a parking podium, with retail at the bottom if we’re lucky, topped by a tower including an amenity deck on top of the parking structure and perhaps a pool at the roof), it’s a huge bonus when one of these projects does something this interesting with its exterior. We’ll find out for sure on Monday, but we don’t see this tower having any problems with the Design Commission — as far as these buildings go, it’s really bringing the heat. We just wish it had already broken ground before the uncertainty of this whole global pandemic hit. Fingers crossed! 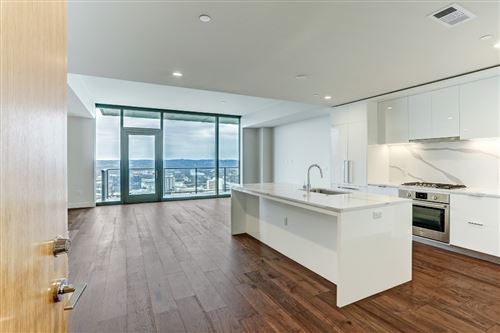 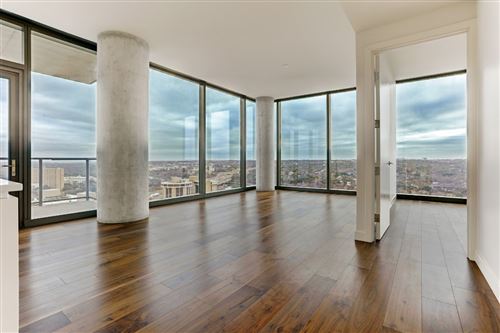 $699,980
31
View Virtual Tour
Previous Post: « Grab Some New Views of the 41-Story Condo Tower Headed to 84 East Avenue
Next Post: Meet the BBVA Tower Planned at Sixth and Guadalupe, in All Its Narrow Glory »