A homage to the 1960s Jet Age, the adaptive reuse of the former Robert Mueller Municipal Airport created a spirit of high-flying times at the Mueller planned unit development, turning the former airport into a mixed-use community that began taking shape in the early 2000s. Photo courtesy of the Landing at Mueller.

Now that it’s 10 years later, what’s going on at Mueller? The district isn’t completely finished, but it’s certainly well on its way, with roughly 75 percent of its planned features delivered so far.  At present, the area includes:

The Alamo Drafthouse and B.D. Riley’s Irish Pub along Aldrich Street in the development are particularly prominent as part of an emerging new entertainment district, with more bars and restaurants on the way. A rendering of Town Center Park, the seventh public park at Mueller, planned for the northern end of Aldrich Street. Photo courtesy of Mueller Austin.

Before these businesses opened, Mueller was certainly a neighborhood, but now it’s increasingly considered a destination. The newness of everything built in the area makes it easy to forget the origins of the land under your feet, but that doesn’t mean the district doesn’t call back to its nostalgic roots as a swinging ’60s airport. A view of the Robert Mueller Airport before its closing in the 1990s. Photo courtesy of the Austin History Center.

The most prominent reminder is the former air traffic control tower at the center of the district, renovated back to its former glory in 2010. The light and dark blue paneled structure stands at a pint-sized 89 feet. If you’re keeping score, the Austin-Bergstrom International Airport Control Tower measures in at 227 feet, the third tallest airport tower in Texas behind Houston and Dallas.

Other noteworthy restorations include the Browning Hangar, the only wooden bow-trussed hangar in the country, which hosts community events including the the Mueller Farmers’ Market held every Sunday. An aviation terminal and administrative building forms Mueller Central, a USGBC LEED Gold rated building.

So, after Mueller’s first-class past, what’s piloting this neighborhood into the future?

Mueller represents an inflection point, when Austin’s planners begin to be mindful of compact and connected living, and applying the design principles of New Urbanism: constructing dense, pedestrian-oriented spaces, diminishing the impact of cars upon the streetscape in favor of walkability. Blending conservation, diversity, and transportation harmoniously throughout commercial and residential property is also a cornerstone of the movement.

A broader view of the Mueller development, with the Browning Hangar visible on the far left side. Photo courtesy of the U.S. Department of Housing and Urban Development.

Mueller is the brainchild of the City of Austin and Catellus, a prominent real estate development corporation.

“Mueller serves as a demonstration project of new urban design principles,” says long-time Austinite Mateo Barnstone, who lives in Mueller and serves as executive director for the Central Texas chapter of the Congress for the New Urbanism.

“It’s a 700-acre experiment that can’t be legally built in a vast majority of the city due to an overly restrictive land development code.”
— Mateo Barnstone

“Mueller is predicated that we should prioritize the design of our streets and neighborhoods around people walking, creating an engaging and inviting public realm built on a human scale with close proximity to all the daily needs of your life,” he added. “The goal is to develop a complete mixed-use community near the urban core of Austin.” Austin is not the only city piloting a revolution. Mueller bears a striking resemblance toStapleton, a Denver redevelopment of the former Stapleton International Airport that now houses an impressive 4,700 acre community. It’s one of the largest infill redevelopment ventures to date, sharing notes with Mueller like manicured green spaces and a focus on sustainability-conscious homes and businesses. The developments even share some of the same builders, like CalAtlantic and David Weekely Homes, along with similar urbanist manifestos — check out Stapleton’s Green Book and Mueller’s original Design Book.

Since its inception in 2007, Mueller has witnessed staggering growth. All in all, approximately 13,000 people call Mueller home. Within the last year and a half, Mueller has expanded its Town Center and announced the groundbreaking of several other projects.

These include the Texas Mutual Interest Building, its seventh park, Town Center Park, and a fleet of family, senior, and workforce housing initiatives like Overture and Aldrich 51. Under the Mueller Affordable Homes Program, about 25% of the neighborhood’s homes, condos, and apartments are set aside for individuals with income lower than the area’s median for greater affordability.

But Mueller could experience some turbulence before it flies into the sunset. “I think the biggest concern for Mueller is that it will fall victim to its own success,” says Barnstone. “What’s being created is tremendously exciting, but that is directly reflected in price value. If Mueller doesn’t attract outside competition, it will become so expensive that it won’t be available to the average community.”

Perhaps the planned unit developments at ThinkEAST and the Grove at Shoal Creek will fill that gap. Until then, Mueller is the only project of its scale in the city. 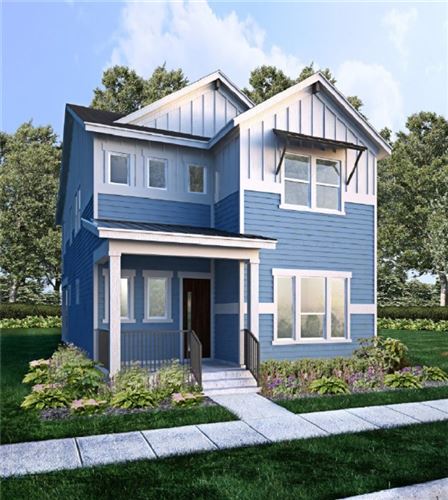