The courtyard of the existing ERS office complex. Photo by James Rambin. The Employees Retirement System of Texas isn’t wasting any time adding value to its office property located at 200 East 18th Street, which occupies a full block in the northeastern corner of the Texas Capitol Complex. The ERS building’s location in the Capitol Complex, just one block removed from the new buildings going up as part of the Texas Mall project. The map on the right, showing proposed future buildings in the complex, shows the additional development around the existing ERS office structure. Image: Texas Facilities Commission / Page

Alongside the major changes taking place at the nearby Texas Mall section of the Capitol Complex Master Plan, the ERS plans to construct a mixed-use office and retail building on its block, retaining the site’s existing puzzle-shaped office building but demolishing a smaller annex structure on the eastern side of the block to make room for new development. A birds-eye view of the ERS block. The office structure on the left will remain, and likely be integrated into the new building headed for the site — while the single-story annex structure seen on the right will be demolished. Image: Bing Maps

A statement and rendering issued yesterday by commercial real estate firm CBRE announced it will be marketing the new building on behalf of the ERS, and gave us new details on what to expect. Allow me to fire up my copy and paste keyboard shortcuts, because it’s press release time!

“We are excited to offer space in a modern new structure uniquely located in Austin’s Capitol Complex and Innovation District,” said Porter Wilson, Executive Director of Employees Retirement System of Texas. “The project has the dual benefit of making the most of an underutilized site by adding long-term revenue to the ERS Trust Fund and allowing ERS to address growing needs while remaining within the Capitol Complex. The building will be a beautiful addition to the neighborhood.”
— CBRE Press Release

According to CBRE, the new building will clock in at 207,000 square feet, with 15,000 square feet of that space occupied by retail — restaurant uses, I’m assuming. The remaining 192,000 square feet will contain office space, with what the firm calls “uniquely large” floor plates in excess of 34,000 square feet per floor. It’s not exactly rocket science, but 207,000 divided by 34,000 rounds off to about six floors total, though it looks like we’re seeing nine in the rendering up there.

EDIT: Former City Council Member Chris Riley informs me down in the comments that the building’s taller than six stories due to its parking component, making the entire new structure nine stories total: “four stories of office space over four levels of parking, plus a ground level with restaurant space.”

I should have remembered parking was mentioned in our previous coverage of the project, and you can see it in the above rendering, but in my defense, this new press release doesn’t mention it at all — probably because parking is incredibly boring and un-snazzy. My question is, if the Texas Mall is building an eye-popping 4,400 underground parking spaces practically next door, why does this building need additional parking? The mind reels. The building is being designed by the locals at STG, with construction by Ryan Companies, both folks you’d consider the usual suspects for this sort of development. The only slightly odd detail about the project is the rezoning of its site from CS-1 to CBD, which the ERS successfully attained from the city’s Planning Commission back in June. As a state agency, the ERS isn’t subject to municipal zoning regulations, but explained in their application that they wanted the CBD zoning anyway:

“The Employees Retirement Systems of Texas (ERS) is the owner, applicant, and current occupant of the subject property. ERS is a state agency under the control of the State of Texas. As such, the property is not subject to municipal zoning regulations, and will not be required to submit a site plan to the City of Austin. However, the applicant has stated that their preference is for a zoning category that accommodates their conceptual plan for the property.”
— Planning Commission Meeting Documents, June 12th

I asked Jansen to clarify, if possible, what the motivation for the rezoning was all about, and here’s his answer — not exactly a novel, but it’s something:

ERS believes it is prudent and respectful to collaborate with all stakeholders, given the scale of the TFC’s projects on the Capitol Complex, as well as the ongoing road/traffic/park projects in close proximity to the ERS site.
— Peter Jansen, CBRE

Gotcha. Anyway, the new building’s in a hurry, currently scheduled to break ground in late 2018 or early 2019, with an expected completion by late 2020. A retail component will make this block a lot more interesting as the rest of the Texas Mall takes shape nearby, so we’ll definitely be keeping an eye on this one. 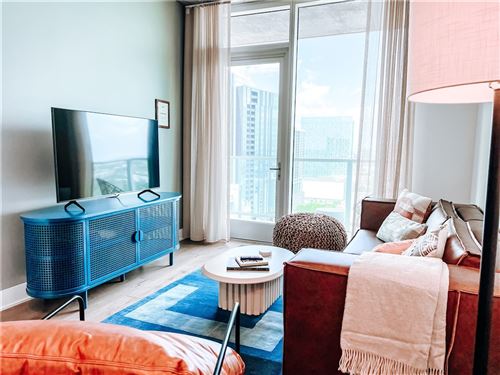