As we’ve laid out in a number of previous articles, the northwest corner of downtown Austin is one of the most interesting areas for growth in the central city. Less bustling or dense than its neighboring districts, yet still close to the rest of the action, it’s become clear over our last few years of prognostication that this area — which we have unsuccessfully tried to name, but we’re still trying — would see increasing height and development in the near future. The current pandemic may or may not have thrown a wrench into some of our expectations, but several projects in the district are already underway, so let’s take a hike around the neighborhood and see what’s up. Expected to open Summer 2021, the 18-floor, 214-room Hilton Garden Inn hotel developed by the partnership of Columbus investment firm Rockbridge and New Orleans real estate firm HRI Development is going up quick at the site of a former parking lot at the corner of West 17th and Lavaca Streets — or at least it feels that way, since we aren’t getting out much lately. As you can see from the photos above, the tower’s prominence compared to its surroundings is a good example of the general scale you’ll find in this corner of downtown — elsewhere, its 18 floors might not stand out, but here it’s one of the tallest things around. Though fairly straightforward, its design by Gensler Austin brings the neighborhood its most modern-looking building in a while. Speaking of which, what’s that construction site behind the tower? Find out in our next item: Another Gensler Austin design, Travis County’s new 448,000-square-foot civil and family courts facility project is starting to get pretty big at the northwest corner of West 17th and Guadalupe Streets:

The new $333-million, 12-story courthouse facility will be located between 17th and 18th streets, bounded between Guadalupe and San Antonio Streets, which is approximately six blocks from the original courthouse.  The new facility will handle a wide range of cases, including child custody disputes, Child Protective Services and child support cases. These courts will also include cases such as divorces, adoptions, family violence protective orders, defective construction cases, business and contract disputes, land valuation and ownership disputes, personal injury cases, and appeals from state agencies and state licensing boards.

The building’s landscape designers are the firm conveniently located across the street, TBG Partners. If you want to see what the project will look like when it’s expected for completion in late 2022, you gotta click this link. That’s how we get you. Now known as the Linden for the former name of West 17th Street, the 28-story condo tower plan bound for the northeast corner of West 17th and Guadalupe Streets — yes, that’s diagonal from the Travis County courthouse project and just west of the Hilton Garden Inn project, if you’re keeping up — hasn’t yet broken ground on its 117 residences, its developers at New York outfit Reger Holdings don’t seem troubled by the pandemic just yet.

A current view of the insurance office at West 17th and Guadalupe Streets that will be demolished to make way for the Linden project.

Construction was originally expected to start here in the first quarter of 2020, but despite the delay recent city filings indicate this tower’s still moving forward, its design from local architects Rhode Partners clocking in at 333 feet — the tallest tower in this corner of downtown by far. We’re keeping an eye out for demolition here. The eight-block transformation along the stretch of Congress Avenue north of the State Capitol is well underway, as you can see from the absurd scale of the pit in the above photo — soon to hold thousands of subterranean parking spaces as part of the Capitol Complex Master Plan by the Texas Facilities Commission and local architects at Page. Its first phase is expected by 2022, though we’re not sure how the current situation might change that timeline. Several of the new state office buildings in the plan are taking shape in these photos — and the construction is really tearing up West MLK Jr. Boulevard. One of the potholes over there literally popped my tire the other day. Think I can bill the state for that? 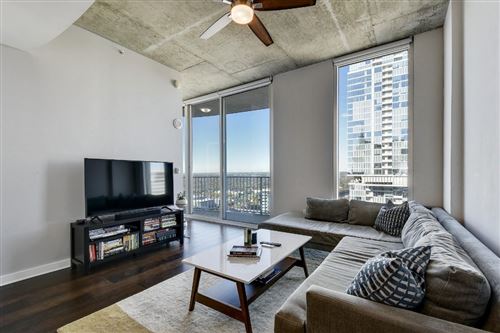