A photo of the Rio House Apartments at West 17th and Rio Grande Streets taken shortly after the structure’s renovation and expansion in 1959. The screened facade of the original building is circled in red. Image: Austin History Center

You don’t need to spend the better part of a decade in architecture school to notice something’s strange about the Rio House Apartments, a 45-unit multifamily building rising four floors at the northeast corner of West 17th and Rio Grande Streets. It’s not often you’ll see a structure with a four-story perforated metal screen surrounding its southern wall — a screen through which you can glimpse, if the sun hits it just right, an elegant limestone-trimmed portico, its pediment topped with a finely carved lantern.

A current view of the Rio House Apartments building, its historic original facade only barely obscured behind a metal screen. It doesn’t really hide it very well at all, does it?

A ghostly neoclassical facade hiding beneath the trappings of what’s otherwise a fairly modern-looking courtyard apartment is a curiosity, to put it lightly. It turns out the building at 606 West 17th Street has a bit of a backstory — from 1928 to 1955, the narrow structure behind the screen was home to St. David’s Hospital, a state-of-the-art (for 1928) medical facility containing 40-odd private rooms, a sanitary surgical unit with multiple operating theaters, and a thoroughly modern electric elevator system. A view of St. David’s Hospital from West 17th Street in 1929, shortly after its completion. The details of the facade now obscured by a metal screen are on full display here. Image: Austin History Center This carving, seen here in 1950, marks the date of the hospital’s completion. It’s still visible through the screen on the right side of the portico — you can also see it in the image directly below. Image: Austin History Center Designed by the local architecture firm Giesecke & Harris — best known for the tremendously ornate neo-Gothic “frozen music” of the Norwood Tower — the original hospital building was vacated for a new St. David’s facility on East 32nd Street in 1955, then expanded with a large western wing in a more contemporary style courtesy of Page Southerland Page during its conversion to the Rio House Apartments in 1959. A view of the Rio House Apartments and its screen, seen here on the left, photographed in 1971. Image: Austin History Center

That’s when the screen entered the picture. “The south facade of the existing structure,” explained the Austin American-Statesman, “will be sheathed in a bronze colored pierced metal screen.” The desire for uniform modernity is obvious even in architectural drawings of the apartment conversion and its new wing, which completely obscure the ornate details behind the screened section:

An architectural drawing from 1959, showing the expanded and remodeled former hospital in its new configuration as apartments — the section containing the building’s original facade is circled in red. Image: Austin History Center / James Rambin

In 1988, the Statesman ran an article not unlike this one, asking the same question — what’s up with the screen? — that had allegedly “fascinated neighbors and passersby for some 30 years” at that point. “My guess is that the grille was designed to make the building look more modern and match the west wing of the apartments,” explained Rick Levinthal, the manager of the Rio House complex at the time. A photo of the Rio House Apartments taken after the structure’s conversion and expansion in 1959. Image: Austin History Center

To Levinthal’s point, you’ll notice in the photos above and below that the renovated and expanded structure used to have those brass screens on both ends — look on the left side of each image and you’ll notice a second screen over the stairwell of the building’s new wing. That stairwell screen is long gone now, but the other remains. A photo of the Rio House Apartments taken after the structure’s conversion and expansion in 1959. Image: Austin History Center.

Considering that the Rio House building’s “new” wing is more than 60 years old at this point, it might be okay for its owners to take the screen down and let the historical idiosyncrasies of the structure speak for themselves. Anyway, a screen can only hide so much — venture into the alley behind the complex and the difference in age and materials between its two wings couldn’t be more obvious. Time makes fools of us all.

The wing of the Rio House Apartments seen here on the left dates back to 1928, whereas the wing on the right was completed in 1959. That means they’re both fairly old, but you can tell which one is older. 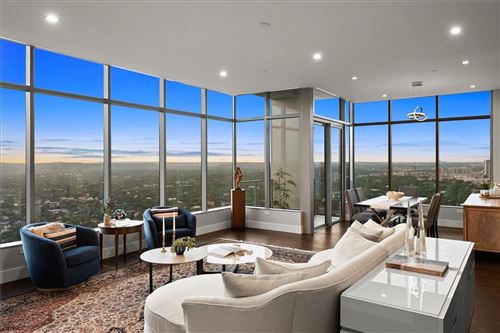 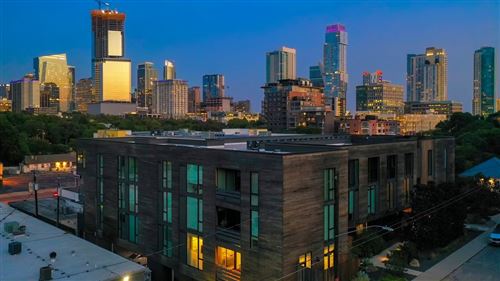 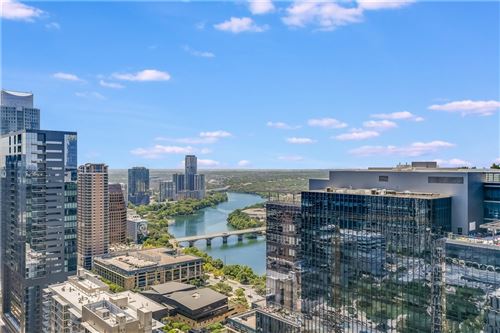 A Closer Look at the 17th and Guadalupe Residential Tower