It’s become pretty clear over the last few weeks that the debate currently brewing over possible updates to Austin’s so-called Downtown Density Bonus Program has the potential to break out into a CodeNEXT-style debacle, a sort of proxy war between the bitterly opposed local perspectives you might describe in heavily ironic Tony Robbins terms as a “Growth Mindset” versus a “Fixed Mindset” — accepting and even encouraging Austin’s ongoing growth as an inevitability, or using every available lever on the municipal control panel to try and slow it down. 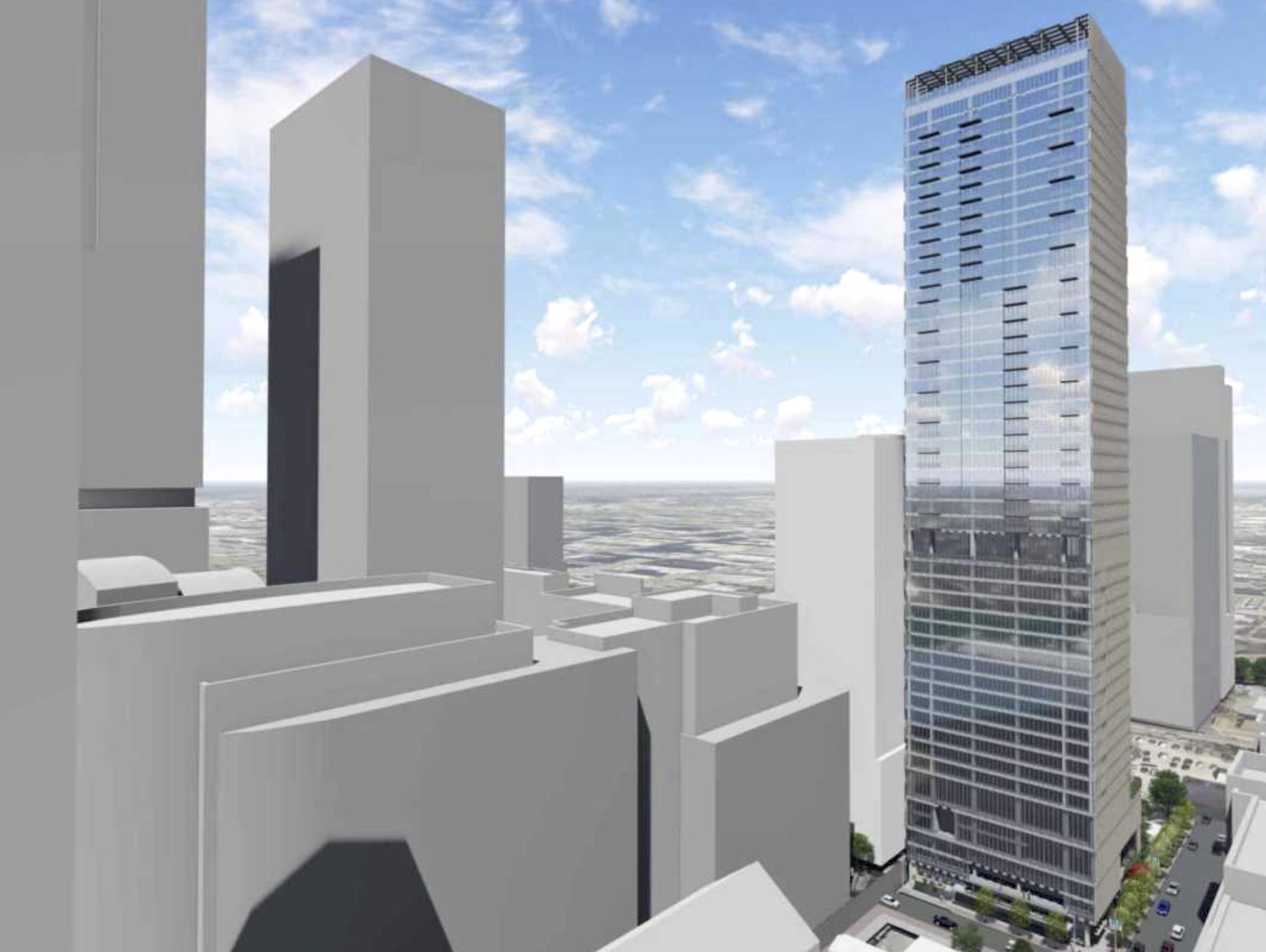 Since the philosophy of “if we don’t build it, they won’t come” that dominated Austin’s civic attitude towards growth over the last 50 years has recently proven itself such a resounding success for local livability, it’s hard to say which perspective will end up standing on the right side of history — but despite our reservations about the sudden push to modify this program potentially serving as a backdoor to slowing down development in general, there are some interesting ideas floating around the edges of this discussion we think would greatly improve downtown’s urban environment.

First of all, what is the Downtown Density Bonus Program? In very spare terms, it’s a city program allowing developers in the downtown area to build buildings that exceed limits on height and density as long as the resulting building meets a set of requirements — these include ground-level features that comply with the city’s Urban Design Guidelines (which, as we’ve discussed before, help prevent real ugly-ass buildings) and Great Streets Program for improved pedestrian environments; a minimum two-star rating under Austin Energy’s Green Building program, and on-site community benefits like affordable housing. The famous empty downtown parking garage that just happens to feature a post office is part of why we drafted those Urban Design Guidelines in the first place. Photo by James Rambin.

At least 50 percent of the bonus has to come from building on-site affordable housing, but developers can seek alternative compliance by instead paying a bonus fee or “fee-in-lieu” into the city’s Affordable Housing Trust Fund, which supposedly puts that money towards building affordable housing elsewhere. This fee-in-lieu setup has been an open part of the program for many years, though that hasn’t stopped local news from recently “investigating” its existence as an insidious loophole exploited by developers to rob the city of the affordable housing it so desperately needs.

Though the revision of the DDBP is a little short on detail at the moment and will require further discussion at City Council over the summer, modifications could potentially increase those fees, mandate at least some on-site affordable housing rather than allowing developers to skate by on cash alone, or possibly even put a hard limit on the maximum floor-to-area-ratio (FAR) a project could pursue under the program for an undefined period until the city determines increased community benefits or fee requirements for that extra height.

We like those first two, since the fee hikes discussed seem to be more about standardizing the program’s payment structure rather than imposing some catastrophic increase, and requiring a percentage of affordable housing that’s actually in new residential buildings rather than paying to put it elsewhere is reasonable since it addresses the equity issue of providing people of all incomes the opportunity to live downtown, an experience we’d like to make accessible to everyone. On the other hand, the possibility of new FAR limits is a proposal straight out of the slow-growth camp, an arbitrary constraint on supply that raises prices and encourages sprawl — especially since it’s unclear how long it could take to agree on the program’s modifications, potentially throwing up a barrier for downtown projects proposed during the interim period and possibly even discouraging taller developments outright if the new constraints to the program are poorly calibrated.

Neighbors say that Rainey, with its limited road infrastructure, can’t handle all the new people. The increases in traffic associated with the new towers would overwhelm the neighborhood’s road infrastructure, some neighbors say, creating jams that would inconvenience residents and impede emergency services. Some also worry that more tall buildings would create a “concrete canyon,” blocking views and leaving Rainey Street in shade for most of the day. Some neighbors have claimed the area would be “denser than Manhattan.”

It’s notable that this concept arrives fully-formed from residents of the Rainey Street District concerned that new buildings taller than the tall buildings they already live in would choke the neighborhood’s narrow streets with traffic, block views, and create shadows — and at least that first one is worth taking at face value. Rainey is experiencing some serious mobility challenges due to its rapid growth and compact streets combined with active nightlife, but the solution is not limiting the height of new construction, but instead improving the program’s fee structures to fund the infrastructure upgrades we’ve been talking about in the district for years. But more interesting are the possible changes to the program that haven’t really entered the local conversation — according to the agenda for its upcoming April 26 meeting, Austin’s Design Commission will discuss recommendations for changes to the DDBP it will offer to City Council, and as part of that item the commission includes a recommendation it issued in 2019 as part of proposed updates to the city’s Land Development Code. Two of the document’s main recommendations would have a dramatic impact on the design of downtown towers, and we expect both to appear again at some point during this discussion:

You might have noticed that nearly every new tower downtown is designed with a big parking podium at the base, sort of like a shoe at the end of a pant leg, which contains the ground-floor lobby topped with 10 or more parking garage levels — then the actual tower part of the building rises above this, often with a smaller footprint than the podium or with an exterior design different enough to make this bottom piece stick out from the rest of the tower and detract from its overall architecture.

Largest parking plinth in town has topped out just one block from our future central subway station. #keshetgram pic.twitter.com/fgpILDetGV

Our code incentivizes this design, which makes buildings generally much uglier and less vibrant for people at street level, by failing to count above-ground parking structures as part of the tower’s overall floor-to-area-ratio, though it does count towards height, meaning there is no incentive for developers to incur the significant extra cost of excavating underground parking levels instead. Pursuing this alteration to the DDBP would potentially make digging down a more economically sound development option, especially considering the second proposal that would cap parking awarded through the program to no more than a 50 percent increase. Some buildings do a better job than others of masking their parking podiums, but there’s only so much you can do. Image: The Hanover Company / SCB

It seems like such a minor point in a much larger discussion, but these tweaks to the program, along with the requirement for public parking accessibility and demand management, would likely significantly alter the appearance of towers downtown and their pedestrian environments for the better. Affordability and growth will inevitably get the spotlight as this conversation moves forward, and there’s no guarantee that the parking rules will show up in the final product, but we’d like to stick our necks out for these seemingly small-sounding changes just the same — we believe they could become some of the most quietly radical improvements to Austin’s urban fabric.