Coming up on Thursday, the 2019 version of the Austin City Council will start deliberating on one of the biggest decisions of this year: where to go now that CodeNEXT is dead. City Manager Spencer Cronk asked for direction from City Council on five questions, including how much we should allow “missing middle” housing (think: small multi-unit buildings like triple deckers or four-plexes). This kind of missing middle housing could make a tremendous difference in improving housing in Austin. Here’s six reasons why.

1. Missing Middle Has the Best Chance to Bring Costs Down

Dense construction techniques like skyscrapers have high construction costs per unit or per square foot. The most expensive parts of a skyscraper are things like engineering, pouring concrete, buying steel, renting cranes, etc. City Council doesn’t have much control over these costs, so it’s unlikely we’re going to see cheap skyscrapers anytime soon.

But building wood-frame homes is cheaper per square foot. Why then do we see million-dollar houses so often?

Who are these condo towers even for? Not ordinary folks like you or me. pic.twitter.com/AAZq0fjRX5

For simple, low-rise wood-construction residential buildings, one of the largest costs is the land that the building sits on. In some Austin neighborhoods, an empty plot of land can cost nearly $450,000. Unlike steel or cranes, land costs are something the City Council can actually bring down — by allowing missing middle housing that lets more people split the costs of the land.

2. Not Everyone Wants to Live on a High-Traffic Commercial Street

Sometimes, it feels like Austin housing is split into two entirely disjoint types: large apartment complexes with ground-floor restaurants on high-traffic streets, and houses with yards on low-traffic side streets. But lots of people (myself included), don’t want to live right over a busy commercial thoroughfare like Burnet Rd or South Lamar. You shouldn’t have to afford to pay for your own yard in order to get a home with some peace and quiet.

In Bizarro Austin, you can live in an apartment building without living on a high-speed, high-noise thoroughfare.

3. Give Mom and Pop Builders a Chance

New housing subdivisions on the outskirts of the city are built by “volume builders” — megacompanies who specialize in building large tracts of identical or nearly-identical homes. New downtown skyscrapers are built by different megacompanies who specialize in the complex engineering (physical and financial) necessary to pull off these technological marvels safely. The only housing category dominated by small, local companies is small infill. Allowing more missing middle housing types gives more opportunity for small local companies with knowledge about local traditions and local context to participate in the housing market.

4. Give Mom and Pop Owners a Chance

I’ve lived in missing middle apartments where the owners lived downstairs from me and mega-complexes where I never knew who the owner was, just the management company. There are pros and cons to both. Just some of the advantages of small-time landlords: they’re more likely to work with you if you’re going through hard times, they’re more likely to work through issues that may prevent you from renting at larger complexes, they’re more likely to let you make the place feel like your own. And for people who are handy, owning a triplex and living in one unit is often a great opportunity to turn sweat equity into wealth.

This fourplex in downtown Austin has been owned by the same family for 75 years, after being purchased by a widow looking for an income stream when her husband died.

When I lived in this beautiful triplex in Dorchester, Massachusetts, the triplex next to me (on the right edge of this photo) was occupied by a single three-generational family, each with its own floor. This kind of arrangement is not only possible, but fairly common where missing middle housing types are popular.

As Austin works through CodeCronk, it’s highly unlikely we’re going to see six-story apartments block after block on every street within a bike or scooter ride of downtown or UT. But if we’re going to turn around this city’s auto dependence and build a climate-friendly future, we need more people to live where they can walk, bike, scooter, or bus to work. Missing middle is a good start. 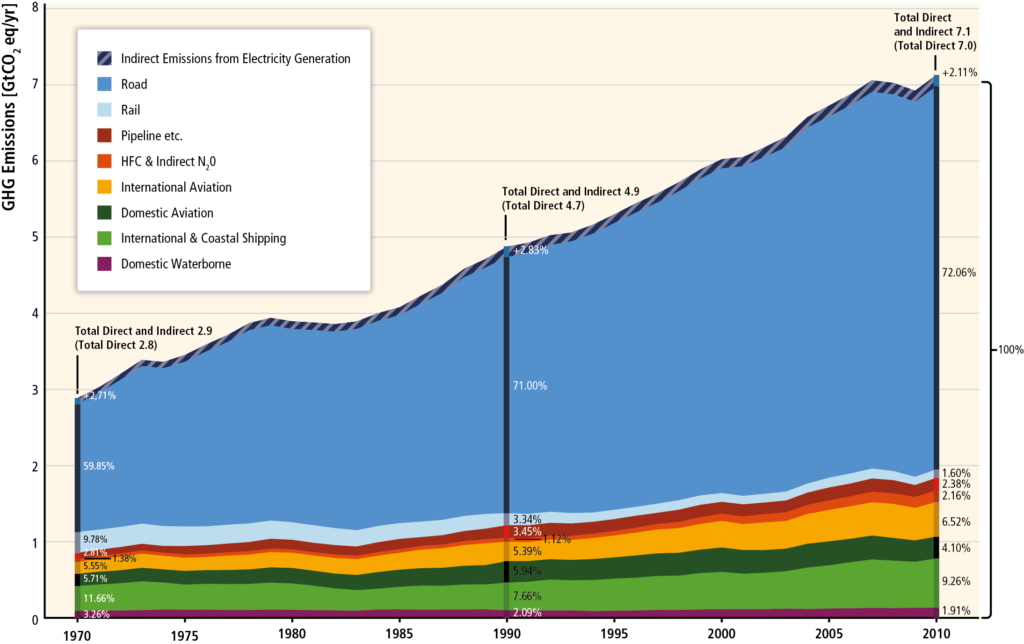 According to the IPCC, emissions from cars are the largest and ever-growing share of total greenhouse gas emissions from the transportation sector worldwide.