It’s not like we haven’t had plenty of other important things to think about lately, but over the last few months our minds have wandered once again to the status of the Seaholm Waterfront, the long-awaited adaptive reuse project by the Austin Parks and Recreation Department, the Trail Foundation, the Austin Parks Foundation, and local architecture firm Cotera + Reed to rehabilitate the historic former Seaholm Power Plant’s fabulously Art Deco intake and its surrounding parkland on the shores of Lady Bird Lake into a world-class public space and event venue for all to enjoy. You’d think the current pandemic situation might throw a wrench into its progress, but going by the timeline provided to us by the Parks and Recreation Department late last year, things are actually still chugging along. At a meeting of the Historic Landmark Commission held earlier this week, the proposal for the first phase of rehabilitation at the former intake facility received its certificate of appropriateness, passed on the consent agenda without a fuss or even discussion — and other city documents outlining the project from earlier this year indicate that construction could start as soon as this fall, once the city selects a bid for the work. So what’s the work? An aerial view of the Seaholm Intake and its surroundings on the north shore of Lady Bird Lake. Image: Bing Maps

As you might recall from our coverage of Studio Gang’s original master plan for the facility, the first phase is really the most important of all — simply getting the building suitable for human beings. Making the intake comfortable and safe will require fire sprinklers, ventilation units, exterior lighting, windows, railings, new entrances for egress and ADA requirements, coverings for openings in the floor, and sealing the facility’s water intake grates. There’s also the minor step of slapping a new roof on the thing, along with cleaning the building and removing graffiti inside and out. The project will restore and maintain the structure’s historic elements wherever possible, cleaning the building with what’s described as the “gentlest means possible.” Remember, we’re at Phase I — “starting it up,” as they say. Image: City of Austin Parks and Recreation Department / Studio Gang

This Phase One effort will bring the long-abandoned Intake Structure into appropriate and respectful public use. The work before the Commission is based on design and planning done by internationally-acclaimed architecture firm, Studio Gang, who was commissioned by a partnership of The Trail Foundation, the Austin Parks Foundation and the City of Austin Parks and Recreation Department. Through their advocacy, the Studio Gang plan brings the Seaholm Waterfront, including the Intake Structure, into the public realm, while respecting the historical significance of the structure and the site.

Throughout this process, the Parks and Recreation Department has worked closely with The Trail Foundation, seeking guidance and support in a constructive, collaborative and, mutually respectful effort. In our view, this process along with the skill and dedication of Cotera + Reed Architects has served the City well, particularly in terms of sensitivity to the historic significance of the assignment.

We believe that this Phase One effort honors the spirit of the Studio Gang vision and honors the historic significance of the Intake Structure and its site. We are anxious for a successful outcome that will create a valuable new public amenity in the heart of our city. For this reason, we ask the Commission to approve this agenda item.

It’s not nearly as sexy as the public art or kayak dock or whatever else we like about the later steps of the plan, but these critical features will immediately make the intake a code-compliant public space, which it very much isn’t at the moment — and once these steps are done, the building can host small events and other gatherings, even if the facility is still a little rough around the edges. This is how you build interest, and with interest comes the funding to finish the rest — or so we hope.

Remember, this is what it could eventually look like. Image: City of Austin Parks and Recreation Department / Studio Gang A view of the intake’s main room converted to a multi-use public space in a later phase of the project. It’s the same room as the one in the photo below, if you couldn’t tell. Image: City of Austin Parks and Recreation Department / Studio Gang

The new documents describing the rehabilitation work include some great photos of the facility’s interior — really, these are a good enough reason to tell you about this: Part of the intake structure’s pump room with some rickety stairs leading to the main room seen in the image above this one — goodness, you think these are up to code? Image: Austin Parks and Recreation Department / Cotera + Reed Architects

But even more importantly, it appears the architects of this project have partnered with students at the UT School of Architecture’s Historic Preservation program to create 3D models of the facility using point clouds, photogrammetry, and LiDAR — whether or not you’re interested in the more technical side of that type of thing, you should appreciate the stunning drone and handheld shots taken by the students all over the structure while producing these models. Seriously, if you’ve ever wondered about the interior of the intake you should watch this video, it’s insane:

Needless to say, we hope current events don’t slow down progress on the transformation of this site, since we’ve been waiting patiently for years as it is. Still, the project’s successful appearance at this week’s HLC meeting is a good sign things are still relatively on track. You can sign up for updates on the project at its main page, or you could just keep reading this site — we’re pretty clearly obsessed with this thing. 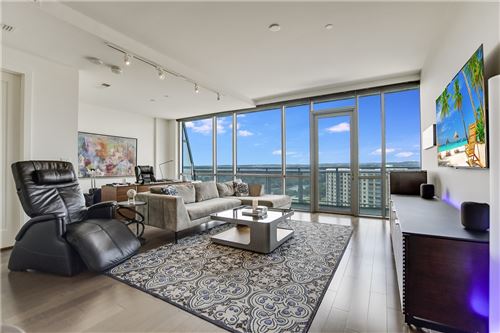 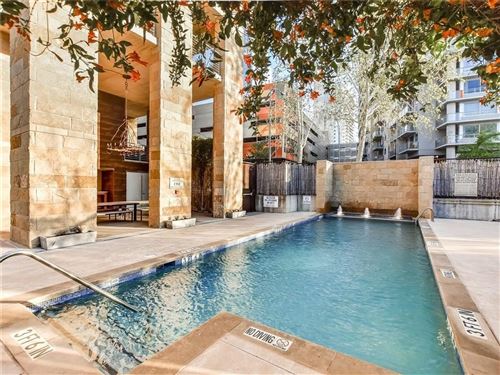 Hey Austin, What Happened to the Seaholm Waterfront Redevelopment?